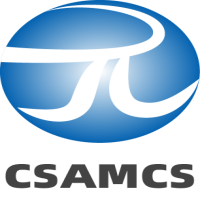 Nonlinear partial differential equations (PDEs) are crucial to modelling important problems in science but they are computationally expensive and suffer from the curse of dimensionality. Since quantum algorithms have the potential to resolve the curse of dimensionality in certain instances, some quantum algorithms for nonlinear PDEs have been developed. However, they are fundamentally bound either to weak nonlinearities, valid to only short times, or display no quantum advantage. We construct new quantum algorithms--based on level sets --for nonlinear Hamilton-Jacobi and scalar hyperbolic PDEs that can be performed with quantum advantages on various critical numerical parameters, even for computing the physical observables, for arbitrary nonlinearity and are valid globally in time.  These PDEs are important for many applications like optimal control, machine learning, semi-classical limit of Schrodinger equations, mean-field games and many more.

Depending on the details of the initial data, it can  display up to exponential advantage in both the dimension of the PDE and the error in computing its observables.  For general nonlinear PDEs, quantum advantage with respect to M, for computing the ensemble averages of solutions corresponding to M different initial data, is possible in the large $M$ limit.

We will also propose  quantum algorithms for uncertainty quantification of partial differential equations with quantum advantage over M.

Prof. Shi Jin is the Director of Institute of Natural Sciences, and Chair Professor of Mathematics, at Shanghai Jiao Tong University. He is also a co-director of the Shanghai Center of Applied Mathematics. He obtained his BS degree from Peking University and his Ph.D. from University of Arizona. He was a postdoc at Courant Institute, New York University, an assistant and associate professors at Georgia Institute of Technology, and a full professor, department chair and Vilas Distinguished Achievement Professor at University of WisconsinMadison, Chair of Department of Mathematics at Shanghai Jiao Tong University. He received a Feng Kang Prize of Scientific Computing in 2001 and a Morningside Silver Medal of Mathematics at the International Congress of Chinese Mathematicians in 2007. He is an inaugural Fellow of the American Mathematical Society (AMS) (2012), a Fellow of Society of Industrial and Applied Mathematics (SIAM) (2013), an inaugural Fellow of the China Society for Industrial and Applied Mathematics (CSIAM) (2020), and an Invited Speaker at the International Congress of Mathematicians in 2018.